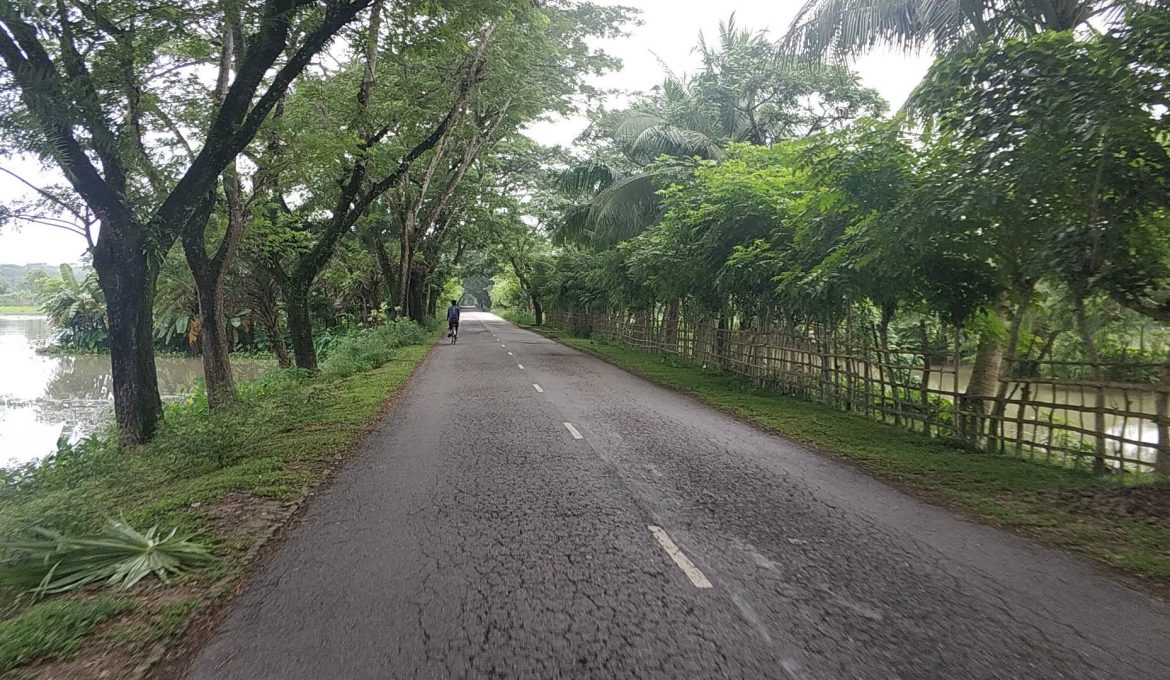 After a successful and enjoyable first day of riding, I was looking forward to the next day. To recap, we reached our first pit stop, Pathaghata after the first day of riding. The next morning was a mess though as there was no electricity whole night. Moreover, coupled with mosquito bites and Sohel bhai’s loud snoring, sleep was a disaster. I wasn’t concerned with the sleep much but the news of local boatmen protesting against pirate attacks and stopping all the services till further announcement did dampen my mood though. So, the group decided to reserve a medium-sized engine boat to drop us at Barguna from where we shall start our riding.

Since our ride distance was cut short, the morning activities were pretty slow. I was kinda disappointed not to be able to ride the full distance. After the breakfast, one of our fellow cyclists Nasir Bhai, whose father in law lives Patharghata, took us to the best sweet shop around there named Gopal Mishtanno Bhandar.  He placed an advance order of Roshgolla, Roshmalai and Chomchom for everyone. It really was a nice gesture from him. Just like day 1, yet again had some great Roshgollas. Long adda went on after the breakfast since our boat was scheduled to leave at 11:30 am.

We got on the boat on time and on our way to Barguna. The journey was about 3 hours. The journey was serene in many ways. On one side there was Sundarbans, the largest mangrove forest. The landscape was beautiful with light rain. Rainy season does bring out the best views and I forgot the disappointment of cutting the ride short. The whole group had fun, adda and plenty of selfies. And more Roshgollas!! The sweet fest was still going!

Once we reached our destination, the whole group started towards Barguna Sadar. We met a relative of Bappy bhai in Barguna and after some photos, me and Fahad bhai split again. This time our destination is Patuakhali which is around 45 km. The road was superb, plain smooth and no traffic whatsoever. It was just perfect to ride on a road bike and to host some fast racing. I was just wondering what the TeamBDC (The fastest amateur road cycling group in Bangladesh) riders would do on that road. The pace was high again but again Sohel bhai was in sight. An idea came up and I told Fahad bhai to let him catch up so that we can draft behind him. His pace was surprisingly good, 22-25 kmph. 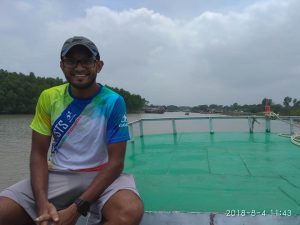 We had some fresh and big coconuts on our break, captured some amazing moments and finally reached to river Payra to catch our final ferry of the journey. Although the whole group was around 1.5 hours behind from us, they caught up due to the fact that all this time the ferry didn’t leave at all!! Once we reached the other side, the whole group rode together towards Patuakhali. Even that moment I didn’t know that we were going to Bappy bhai’s home to face the infamous food torture. Once we reach there, his mother greeted us and it all seemed calm. Oh boy! How wrong I was. 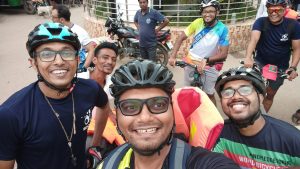 The food started to roll in once we all freshened up. First, it was the appetizers which finished in a blink. Then came dinner, which if you ask me to describe in one word, was Enormous!! The menu included beef, chicken, prawn, fish, veg with multiple variants and many more. And there were even more surprises, the Roshgollas. And they were big!! Almost 4 times of the regular sizes. Not only those, but there were also Yogurt and other desserts. I was so full at the end that couldn’t talk properly. 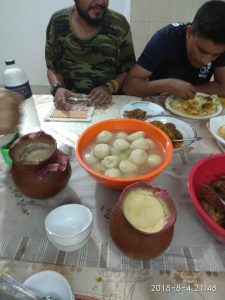 After the dinner, the group had a discussion to cancel the ride to support the road safety movement which was taking place in Dhaka. The whole group agreed for the cause and our final day route towards Bhola was abandoned. We all were coming back to Dhaka the next day. After the meeting, we hopped on our bike and on our way to an NGO where our night’s stay was booked. The living arrangements were awesome especially the dormitory. With a heavy stomach after the dinner, it didn’t take me long to go to sleep.

Next morning was beautiful and very leisurely as we had no cycling scheduled. I decided to wander around the surroundings. The place was neat, clean and very organized. It had some beautiful cottages, gardens, livestock and a pond. I couldn’t resist swimming there and had a swim session of 30 min. Few interested people also joined me to learn swimming and I tried to coach them as much possible. The fear of water got to them at the end though. Later on, Fuad bhai, Niaz bhai, Rokon bhai and others wore their lifejackets and had their own small and fun race.

Soon it was time to catch our launch. To our surprises, back to Bappy bhai’s home again for lunch!! We were already tired after last night’s dinner and after hearing more to follow soon, we all were concerned. And then we found a big feast waiting for us. Roshgolla’s were there again but the main attraction this time was the pure Chana (solid curds from milk) for me. It was superb and only wondered if I could have taken the whole thing with me back to Dhaka. Me and the whole group couldn’t thank enough for the effort that Bappy bhai’s mother put just to entertain us. It was a hospitality of epic proportion. 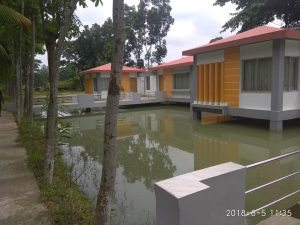 Time was short hence we hurried off to our launch after lunch. After boarding all of our bicycles and our luggage, it was time to relax and reflect on the past couple of days. It was an awesome journey with great roads, great people, beautiful roads and great memories. We had our dinner on the boat, yet more from Bappy bhai’s Mother!!! We graciously had our meal and then the adda started. We reached Dhaka in the morning under heavy rain. Office duty was calling so time to wear the poncho and a rain-soaked slow ride towards home. I guess it was an appropriate end of a memorable bike packing trip. 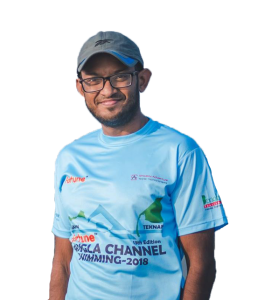 Workaholic, passionate traveler, fitness freak and a time-crunched amateur athlete from Dhaka, Bangladesh. Currently, I’m TRYing hard to be a triathlete and balance a full-time job at the same time. Follow my journey here.

Sorry, there are no polls available at the moment.